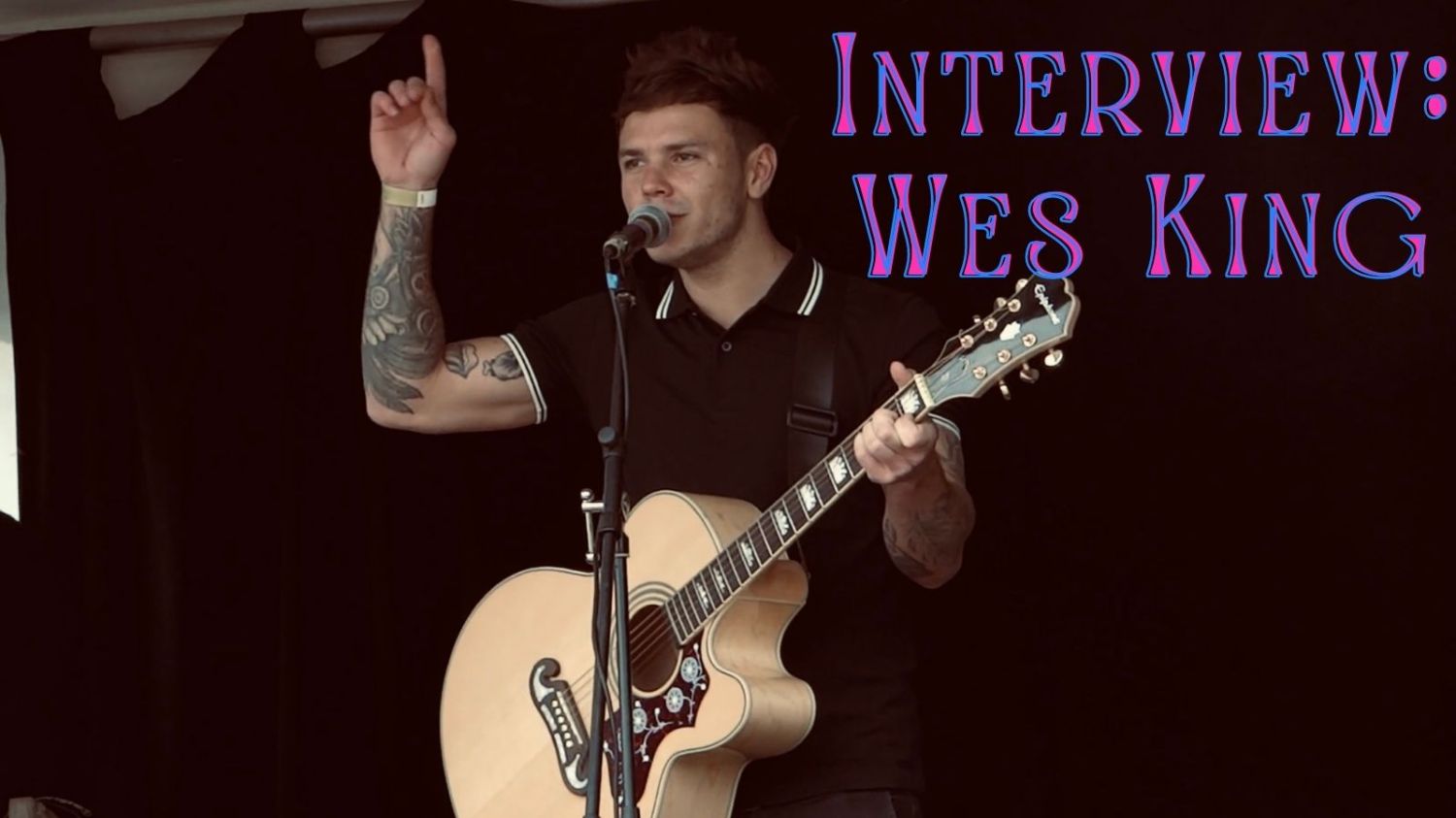 Wes King is an indie rock musician from Maidstone, Kent who takes a lot of inspiration from Manchester’s music scene, about 250 miles away. He’s a big fan of 90s Britpop like Oasis and you can hear it in his music and see it in his style, very Liam Gallagher inspired. Before going solo, he was in indie rock band Tres Kings. This year has been a productive year for Wes with two singles, “Loaded Gun” and “Living Strange”, released and an EP, Easy Art. You can stream the EP on Spotify now. My favourite track on it is “Come Home”, an 2005-2007 Arctic Monkeys like song. “Somebody” is a great duet, I love the piano on that one, and it’s very authentic.

We’re lucky to have Wes with us on the blog to talk about his music. If you want to learn more about him and his music, keep on reading!

Angie Moon: How would you describe yourself and your music to a new listener?

Wes King: I just write music for me, man. If it makes sense then great, if people love it then great, if they don’t then I make sure I do my best to come back with something better. My personality comes out in the music. I can be quite reserved until you get to know me. Unless you’re a dog.

Angie: How did you get started as a musician?

Wes: I was surrounded by music as a kid. My family were musicians so it was inevitable really. I got my first guitar at about 6 years old. I’d be the kid in the mirror pretending to be a rockstar, a rapper or anything else I was obsessed with at the time.

Angie: What albums and musicians influenced you the most?

Wes:  I was shown so much music at a young age. I liked everything apart from mainstream pop music every other kid I knew listened to. ‘Eminem show’ and ‘RHCP Blood Sugar Sex Magic’ were the first albums I’d have on repeat on the Walkman.

Angie: How do you prefer to listen to music: streaming or vinyl and CDs?

Wes: To be honest I’ve only just started listening to music again. I’d always be busy making music. I love the idea of vinyl but I’m not a collector or anything.

Angie: You used to be in a band called Tres Kings, can you talk about them?

Wes: I met the boys in an open mic night. Rhu (the drummer) worked behind the bar who then got his brother Lachlan to come see me play. We quickly formed a band after that. I had a hard drive full of demos at the time so we picked out the songs we all liked and recreated them in the studio. Before we knew it we were playing festivals and some pretty decent gigs. We lasted about 2 years. We don’t talk anymore. Good memories though.

Wes: Nothing really excites me about being solo. I’m busy gigging which is good and I am having fun with it. I’d choose a band all day long. That sense of a family behind the music is so special. On top of that there’s all the partying that comes with it. But unless the music is up to scratch with everything else out these days there’s not much point. I’m only solo because I haven’t found the right band yet and I’m still learning to write decent songs.

Angie: What was it like writing and recording your EP, Easy Art?

Wes: It was recorded in my bedroom. Was a pretty quick process to be honest. I had writer’s block for so long before, so as soon as the tunes came to me I just wanted to rush them out. Working back and forth with Beatrice was a highlight for me. I have never worked with another songwriter before. Can’t wait to work with her again. Next time we’ll get in the studio. Think of this as the bedroom EP.

Angie: How has the EP been received so far?

Wes: It’s been well received for what it is. There are good songs. They’re all real, raw, and down to earth. Could have spent a little more time on the production but it is what it is. I’m looking forward to topping it with the next release. I’m pretty much there with the songwriting. With a bigger budget in the right hands I think the next tunes will be something really special.

Angie: What are your favourite songs to play live?

Wes: I enjoyed playing ‘Somebody’ with Beatrice but my favourite to play would have to be ‘Come Home’.

Angie: What have you been listening to lately?

Wes: I try not to blow to much smoke up other artists but I’m a huge fan of a new band, Pastel, they’re young, they’re the real fucking deal and they’re going to be huge.

Angie: If you could work with any musician, who would it be and why?

Wes: Snoop Dogg. Why the fuck not.

Angie: What are your goals for next year?

Wes: I suppose the main goal is to make sure the music gets better and better. I’m busy with gigs all year round. The money from that will go back into the music. I’m looking forward to getting in the studio. The songs are there. I have a few musicians helping me with the project so together I think we’ll make something special.