The topic of people wearing band shirts as accessories is a divisive one in any music fandom, not just the classic rock and metal fandoms. It used to be that classic rock was pretty mainstream, but now rock isn’t dominant anymore and it’s something that is alternative.

Some fans get annoyed when they see someone wearing say a Ramones, Pink Floyd, or AC/DC shirt and they can’t even name a few songs by the band. I know I was one of those music fans who would get annoyed by “posers” who would make fun of me for my “grandpa” music taste, but run around in classic rock t shirts. But I don’t think like that anymore.

I haven’t really discussed this topic or my opinion on it, but I was inspired to when I saw this article from Metal Injection about a Real Housewife wearing a Metallica shirt and not being able to name 3 of their songs when asked in an interview. You can watch the clip below.

In the video clip, Real Housewives of Potomac star Candace Dillard was on a chat show and she was wearing an upcycled Metallica shirt made into a dress and someone called in asking her if she could name 3 Metallica songs. Everyone laughed and she clearly looked confused. Someone explained that’s the name of the band on her shirt and she said she couldn’t name any song. Except maybe if someone sung the tune of it to her. She justifies wearing the shirt by saying she just likes the way it looks. Fair enough. Wear what you want, I suppose.

In this blog post, I’ll be exploring this topic of band shirts as fashion, starting with the reasons people wear band shirts, if it’s gatekeeping and sexist, and then I’ll finish off by giving you my opinion and final thoughts.

Why do people wear band shirts?

Simplest way to put it: It’s the aesthetic, darling! Rock and roll is stylish, it looks cool. It’s not just about the music, there’s an image that comes with it. The clothes you wear are part of the first impression people have of you.

Rock and roll goes hand in hand with art. The music of the classic rock era wasn’t digital. People enjoyed physical copies of music and with that comes artwork, which artists put a lot of thought into. One thing I notice that people love about vinyl is that it looks so pretty on a shelf, photographs well, and it’s art. The album artwork is part of that marketing package, it grabs the eye. Nowadays it’s an afterthought, but in the classic rock era eye-catching album artwork was a must. Since then, it’s evolved to music videos in the 80s and 90s and visually satisfying Instagram layouts in the present day.

Popular culture is accessible and rock music is a big part of popular culture and the art that comes with it is also part of popular culture. The art of classic rock is iconic: John Pasche’s Rolling Stones tongue logo, Andy Warhol’s banana design on The Velvet Underground and Nico, Hipgnosis’ prism design on The Dark Side of the Moon, Brian Duffy’s photograph of David Bowie for Aladdin Sane, and Iain Macmillan’s photograph of The Beatles walking across the Abbey Road zebra crossing.

You can picture these things in your head without me having to post a picture for reference, that’s how you know it’s iconic. You see the image a couple of times and it sticks with you, in a good way. It makes an impression.

People like to wear art. That’s why people get tattoos. Art makes life fun. Life is dull: you work hard to survive, you pay your rent/mortgage and bills, you spend whatever money is left on fun things because work sucks, rinse and repeat.

What does rock and roll and the image that comes with it mean to you? What feelings and characteristics does it convey? Rock and roll is young, fresh, bold, loud, colourful, rebellious, sexual, imaginative, creative, and emotional. It was a response, a pushback, to the 50s era of conformity.

Boomers may have been teenagers and young adults in the 60s, but they weren’t running the world at that time. America was at war in the 60s and many young people were against the war. What can young people do? Protest and make protest music. Music makes people feel better and express themselves.

Rock and roll has multiple subcultures: the timeless stylish Mod, the bright and colourful Psychedelic/Hippie, the harder Skinhead, the glittery Glam, the edgy Punk, the androgynous and campy New Romantic. These subcultures have a unique and cool style that appeals to people who may not even be in that subculture.

Subcultures begin as underground, but then they get written about in the media and get more attention, popularise, and become commercialised. People who were in that subculture from the beginning feel like the commercialisation waters it down, with people just in it for the aesthetic and not other aspects of the scene, and consider later adopters posers/poseurs. That isn’t my opinion, but that is what some people think.

The reason people wear band shirts is pretty self explanatory. Either they like the band and their music, or they really just like the design. Both are pretty fair reasons. Ultimately, the music is a product that a corporation sell to the masses and the accompanying image is part of that marketing.

Gatekeeping is when people deem themselves the king/queen of whatever and decide who is worthy enough in order to have access to a community or identity. It is looked at in a negative way for a reason and is considered pretentious and elitist.

I’ve said it on my mission statement page. My blog is a judgement free zone, a safe place to learn more about classic rock and ask questions. I have my opinions about music and you may not agree with me and that’s okay.

Long-time, new fans, or people who are just curious about classic rock are all welcome. We can all learn from each other. Everyone starts somewhere and no one is born with the knowledge of classic rock. I’m not the queen of classic rock and it’s not my place to determine who is truly a classic rock fan.

Simply put, saying someone can’t wear that band shirt is gatekeeping. Acting hostile towards them because they don’t know much or enough for your standards about the band on their shirt won’t encourage them to get into the music. It makes the person uncomfortable and anxious. This world isn’t a nice place, make it a nicer place and be respectful to other people. It’s just a shirt. People wear sports team shirts all the time and they may not always be sports fans, and who cares?

A lot of female classic rock fans (especially young women with a feminine presentation) definitely feel like they’re scrutinised more for their love of classic rock like they’re given a mini quiz whenever they go to a show, record store, or meet their favourite musician. Oh you’re a fan of “X” band? Name all their albums in order! Name all the members grandparents! Tell me all their zodiac signs, and not just their sun signs, gonna need those rising and moon signs to show you’re a true fan. What did they have for breakfast this morning? What was their GPA in high school?

Elitist fans are what stops me from getting into a scene or a community be it movies, sports, video games, art, books. People turn to these things to feel good and if all they run into is elitism, it turns them off.

Misogynist rock fans assume that women only like rock music because the musicians are “hot” or they like it to impress guys. It’s like women have to know four times as much about classic rock in order to be considered an expert.

I can definitely say this happens and it doesn’t help that classic rock stations can be a bit of a sausage fest with few female DJs, things like babe of the day/week/month, and morning chat shows that say demeaning and objectifying things about women. Let’s not forget that they have the same 40 songs on rotation all day. Why would I listen to that when I can listen to Spotify and listen to the music I like when I want to without egotistical personalities talking over it and no ads?

Personally, I haven’t had too many experiences with people quizzing me on my love of classic rock. It’s always tricky to be put on the spot and give answers to questions like what’s your favourite band, favourite albums, favourite songs, etc. Most people just accept that I really like classic rock and take me and my blog seriously. And I’m not androgynous, I mostly wear dresses and heavy makeup. I must be lucky though.

I definitely think a good chunk of the gatekeepers have sexist motivations, but not all of them. I’m sure some guys get scrutinised too about their band shirts. Even if it isn’t sexist they’re being mean and elitist and I don’t like that.

How I personally handle it

I have a bunch of band shirts myself: The Who, Pink Floyd, Led Zeppelin, The Beatles, Jimi Hendrix, and The Doors. Sometimes I borrow my husband’s Jam shirt. In fact, my husband at first thought that The Jam were a made up band put on the shirt to parody The Who. Well, I don’t blame him. It’s no secret that The Jam were heavily inspired by The Who and the mod scene of the 60s. 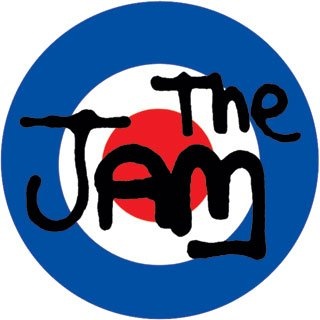 I personally avoid wearing band shirts of bands I don’t know, but that’s just me. However, I have a Sailor Moon shirt and I haven’t watched that anime in forever, but I grew up watching it and it had an impact on me and why I like space so much. I would feel like crap if someone were to scrutinise me and say you can’t wear that Sailor Moon shirt because you don’t watch Sailor Moon anymore.

If I were to talk to someone and I noticed they were wearing a band shirt, I might talk about the band on their shirt and if they don’t know much about them, I’m always happy to share my recommendations, if they’d like. If they don’t want to hear them, then I’ll talk about something else. Who knows? I could convince them to be a fan of that band.

Band shirts make great conversation starters. What you wear is something people will notice and don’t be surprised if someone says they want to talk about the band. That said, people should be respectful and kind.

Shout out to my good friend and Topaz level Patron, Patrick and my friend Matt.

Loved this post and want to see more great posts like this and show your appreciation for The Diversity of Classic Rock? Chip in some money on Patreon (monthly donation) or PayPal (one-time donation). Or buy my merch or my photography prints on RedBubble.

Or donate your writing or art talents to my blog, contact me here if you’re interested in collaborating. All of this is totally optional, but extremely helpful.